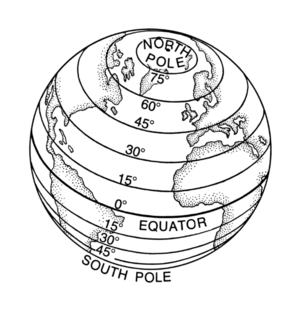 Besides the Equator, four other circles of latitude are named because of the role they play in the geometrical relationship with the Earth and the Sun: