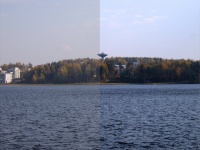 Left side of the image has low contrast, the right has higher contrast. 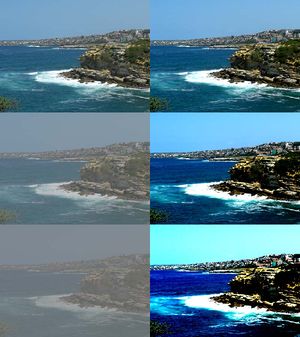 Changes in the amount of contrast in a photo

See Contrast (In Map Design) for the use of contrast in cartography.

Contrast is the difference in visual properties that makes an object (or its representation in an image) distinguishable from other objects and the background. In visual perception of the real world, contrast is determined by the difference in the color and brightness of the object and other objects within the same field of view. Because the human visual system is more sensitive to contrast than absolute luminance, we can perceive the world similarly regardless of the huge changes in illumination over the day or from place to place.

The human contrast sensitivity function shows a typical band-pass shape peaking at around 4 cycles per degree with sensitivity dropping off either side of the peak.[1] This tells us that the human visual system is most sensitive in detecting contrast differences occurring at 4 cycles per degree, i.e. at this spatial frequency humans can detect lower contrast differences than at any other spatial frequency.

Contrast is also the difference between the color or shading of the printed material on a document and the background on which it is printed, for example in optical character recognition. 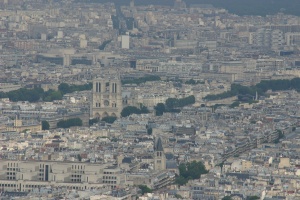 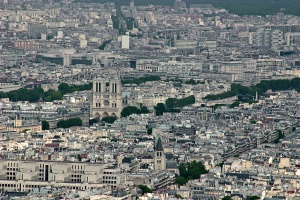 There are many possible definitions of contrast. Some include color; others do not. Travnikova laments, "Such a multiplicity of notions of contrast is extremely inconvenient. It complicates the solution of many applied problems and makes it difficult to compare the results published by different authors."[3]

The Weber contrast is defined as

representing the highest and lowest luminance. The denominator represents twice the average of the luminance.

-th element of the two dimensional image of size

is the average intensity of all pixel values in the image. The image

is assumed to have it's pixel intensities normalized in the range

Contrast sensitivity is a measure of the ability to discern between luminances of different levels in a static image. Contrast sensitivity varies between individuals, reaching a maximum at approximately 20 years of age, and at spatial frequencies of about 2–5 cycles/degree. In addition it can decline with age and also due to other factors such as cataracts and diabetic retinopathy.[6] 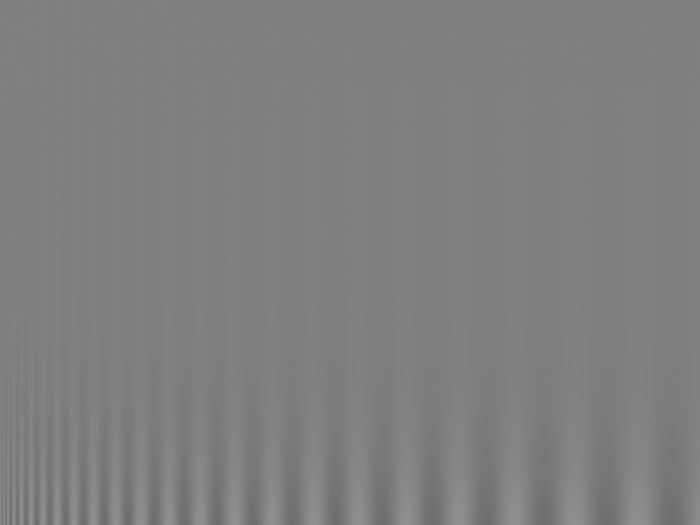 In this image, the contrast amplitude depends only on the vertical coordinate, while the spatial frequency depends on the horizontal coordinate. Observe that for medium frequency you need less contrast than for high or low frequency to detect the sinusoidal fluctuation.