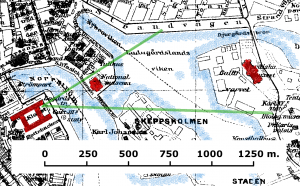 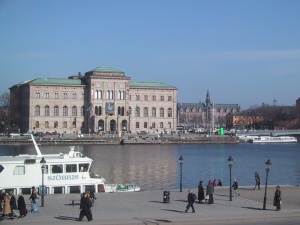 In theory, every part of a picture can be tied to a geographic location, but in the most typical application, only the position of the photographer is associated with the entire digital image. This has implications for search and retrieval. For example, photos of a mountain summit can be taken from different positions miles apart. To find all images of a particular summit in an image database, all photos taken within a reasonable distance must be considered. The point position of the photographer can in some cases include the bearing, the direction the camera was pointing.

There are a few methods of geocoding photographs, either automatic or manual.

Some digital cameras and camera phones support GPS. The GPS receiver can be built into the camera, as in Nikon Coolpix P6000 or Ricoh Caplio 500SE or can be a separate device connected by cable or inserted into the memory card slot or flash shoe. If the device provides full geocoding support, a photo's relevant GPS data is automatically stored in the photo's EXIF information when the photo is taken. This is the easiest and most precise method of geocoding an image, if a good signal is achieved at the time of taking the photo.

Synchronizing with a separate GPS

Most cameras sold today do not contain a built-in GPS receiver; however, an external location-aware device, such as a hand-held GPS logger, can still be used with a non-GPS digital camera for geocoding. The photo is taken without geographical information and is processed later using software in conjunction with the GPS data. Timestamps made by the camera can be compared to timestamps in the recorded GPS information, provided that the clocks in the separate devices can be synchronized. The resulting coordinates can then be added to the EXIF information of the photo.

Geocoding information can also be added to photos even if no GPS device was present when the photo was taken, for example via its Exif specification that has fields for longitude/latitude. The information can be entered by directly giving the coordinates or by selecting a location from a map using software tools. Some tools allow entry of tags such as city, postal code or a street address. A less precise method is to add descriptive data of the location to an image.

When geocoded photos are uploaded to online sharing communities such as Flickr or Moblog, the photo can be placed onto a map to view the location the photo was taken. In this way users can browse photos from a map or search for photos from a given area, and find related photos of the same place from other users.