From wiki.gis.com
(Redirected from Origin)
Jump to: navigation, search 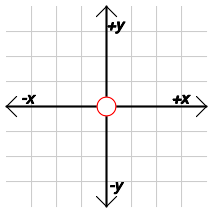 The origin of a Cartesian coordinate plane

In mathematics, the origin of a Euclidean space is a special point, usually denoted by the letter O, used as a fixed point of reference for the geometry of the surrounding space. In a Cartesian coordinate system, the origin is the point where the axes of the system intersect. In Euclidean geometry, the origin may be chosen freely as any convenient point of reference.

The most common coordinate systems are two-dimensional (contained in a plane) and three-dimensional (contained in a space) systems, having two and three perpendicular axes, respectively. The origin divides each of these axes into two halves, a positive and a negative semiaxis. Points can then be located with reference to the origin by giving their numerical coordinates—that is, the positions of their projections along each axis, either in the positive or negative direction. The coordinates of the origin are always all zero, for example (0,0) in two dimensions and (0,0,0) in three.

Symmetry with respect to the origin 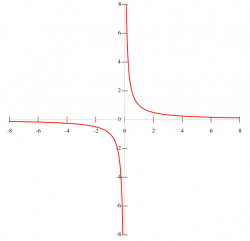 This graph is symmetric with respect to the origin because when reflected over both the x-axis and the y-axis, the graph looks unchanged.