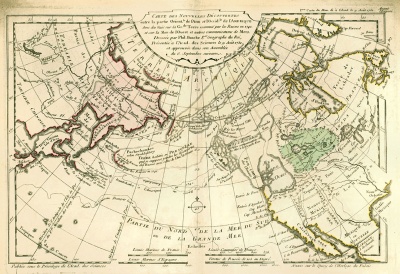 This 1753 map by Philippe Buache locates Fusang ("Fou-Sang des Chinois", "Fusang of the Chinese") north of the State of California. 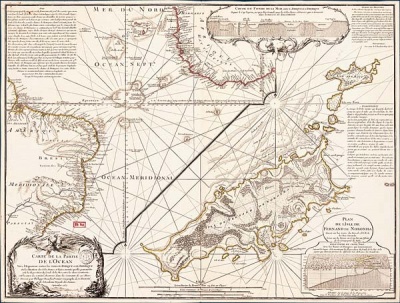 Buache was trained under the geographer Guillaume Delisle, of whom he married the daughter. Buache was nominated first geographer of the king in 1729. He established the division of the world by seas and river systems. He believed in a southern continent, an hypothesis which was confirmed by later discoveries.

He published in 1754 an "Atlas physique" and wrote several pamphlets. He was a member of the Académie des sciences.