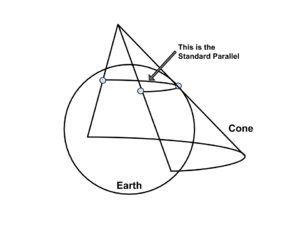 Where the cone of the conical projection touches the Earth is most accurate, there is no distortion on the Standard Parallel. 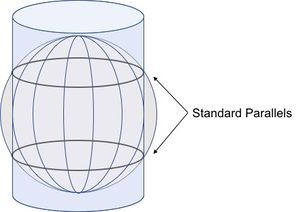 There are two standard parallels in this secant cylindrical projection. 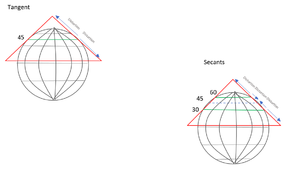