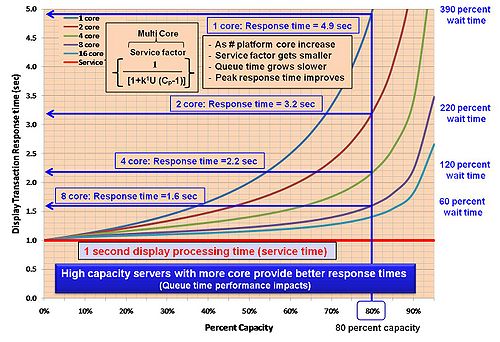 This optimum platform configuration can reverse itself when deploying in a Virtual Server environment. Current testing with virtual server environments suggests multiple core machines do not scale linearly; there is a processing overhead that grows with the number of VM core. Figure 5a-2 shows a throughput comparison for a 4 core configuration (two 2 core machines vs one 4 core machine), first when there is no processing overhead (physical machines) and then with virtual machines with 10 percent overhead per processor core. 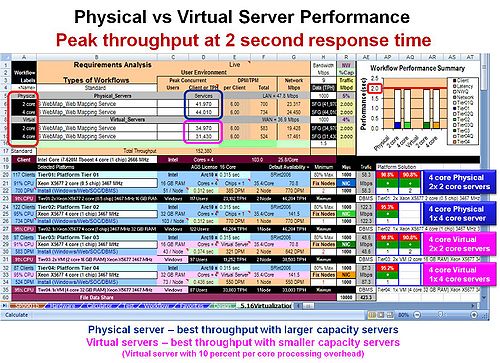 Figure 5a-2 What provides the best throughput?

The first two workflows are configured on separate physical machine environments, the first tier with two 2 core machines and the second tier with a single 4 core machine. Throughput at 2 second response time is 41,970 and 44,010 respectively; the 4 core configuration provides the higher throughput.

Technology continues to improve, and all virtual machine environments today do not performance exactly the same. We expect in time the processing loads between physical and virtual platform environments will eventually approach what we see in the physical server environment. Until that time, the smaller virtual machine configurations will continue to outperform the larger ones.