Area is a quantity expressing the two-dimensional size of a defined part of a surface, typically a region bounded by a closed curve. The term surface area refers to the total area of the exposed surface of a 3-dimensional solid, such as the sum of the areas of the exposed sides of a polyhedron. Area is an important invariant in the differential geometry of surfaces.[1]

Units for measuring area include: 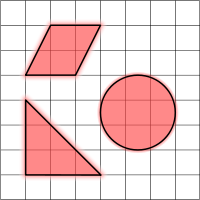 The above calculations show how to find the area of many common shapes.

The area of irregular polygons can be calculated using the "Surveyor's formula".[2] 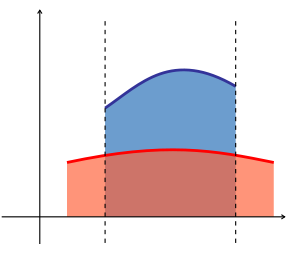 or the z-component of

is a region in the xy-plane with the smooth boundary:

is a continuously differentiable vector function of

Given a wire contour, the surface of least area spanning ("filling") it is a minimal surface. Familiar examples include soap bubbles.

The question of the filling area of the Riemannian circle remains open.