Autodesk, Inc. (NASDAQ: ADSK) is an American multinational corporation that focuses on 2D and 3D design software for use in architecture, engineering and building construction, manufacturing, and media and entertainment. Autodesk was founded in 1982 by John Walker, a coauthor of early versions of the company's flagship CAD software product AutoCAD, and twelve others. It is headquartered in San Rafael, California.

Autodesk has arguably become best-known due to its flagship computer-aided design software AutoCAD. Today, Autodesk is the world’s largest design software company, with more than 9 million users[2] throughout the world, and the company was recently named number 25 on Fast Company's list of "The World's 50 Most Innovative Companies."[3]

Autodesk has developed a broad portfolio of digital prototyping solutions[4] to help users visualize, simulate, and analyze real-world performance throughout the design process. The company also provides digital media creation and management software across all media and entertainment disciplines, from film and television visual effects, color grading, and editing to animation, game development, and design visualization.[5] 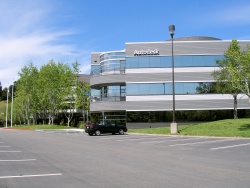 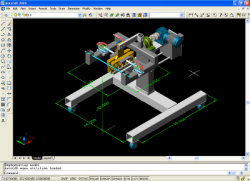 Autodesk’s media and entertainment solutions are designed for digital media creation, management, and delivery across all disciplines, from film and television visual effects, color grading, and editing to animation, game development, and design visualization. Autodesk’s Media and Entertainment Division is based in Montreal, Quebec. It was established in 1999 after Autodesk, Inc. acquired Discreet Logic, Inc. and merged its operations with Kinetix. In January 2006, Autodesk acquired Alias, a developer of 3D graphics technology.

Other products include Autosketch, Autodesk Subscription Program and Autodesk LocationLogic.

From time to time Autodesk discontinues some of the products in their portfolio. Some of Autodesk's "retired" products are listed here:

Autodesk's first notable product was AutoCAD, a CAD application designed to run on the systems known as "microcomputers" at the time, including those running the 8-bit CP/M operating system and two of the new 16-bit systems, the Victor 9000 and the IBM Personal Computer (PC). This CAD tool allowed users to create detailed technical drawings, and was affordable to many smaller design, engineering, and architecture companies.

Release 2.1 of AutoCAD, released in 1986, included AutoLisp, a built-in Lisp interpreter initially based on XLISP.[6] This opened the door for third party developers to extend AutoCAD's functionality, to address a wide range of vertical markets - strengthening AutoCAD's market penetration.

Subsequent to AutoCAD Release 12, the company stopped supporting the Unix environment and the Apple Macintosh platform. After AutoCAD Release 14, first shipped in 1997, Autodesk discontinued development under MS-DOS, and focused exclusively on Microsoft Windows.

In the early 1990s, with the purchase of Softdesk in 1996, Autodesk started to develop specialty versions of AutoCAD, targeted to broad industry segments, including architecture, civil engineering, and manufacturing. Since the late 1990s, the company has added a number of significant non-AutoCAD-based products, including Revit, a parametric building modeling application (acquired in 2002, from Massachusetts-based Revit Technologies for $133 million), and Inventor, an internally developed parametric mechanical design CAD application.

Over the last few years Autodesk has pursued a strategy of acquisitions:

These numerous acquisitions point to a trend in strategy for Autodesk : buy small- to medium-sized software companies around the world in order to acquire their very specific know-how and to avoid the rise of potential future competitors.[citation needed]

Autodesk was sued in 2007 by Mr. Timothy Vernor, who alleged that he was entitled to sell on eBay "used" AutoCAD software he had obtained at an office liquidation sale from an Autodesk licensee.[20] A federal district judge in Washington State denied AutoDesk's initial motion to dismiss in early 2008. In February and March 2009, both sides filed motions for summary judgment addressing the issue whether the First Sale Doctrine applies to previously licensed software.[21] The Court has not yet ruled on those motions.

In 2006 Autodesk sponsored a PBS program named e^2 Design, which focused on going green in building designs around the world. Narrated by Brad Pitt, viewers learn about the leaders and technologies driving sustainable design.