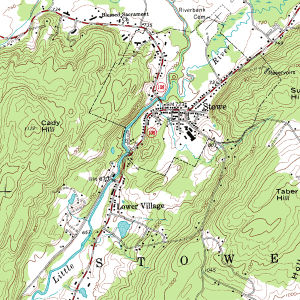 Cartographic relief depiction is the process of portraying the terrain, or relief, of the earth in cartography, GIS, and 3D visualizations. Terrain can be depicted at scale using molded or sculpted solid terrain models and molded-plastic raised-relief maps. Raised relief is typically exaggerated due to the disparity between the horizontal and vertical scales of maps. In 2D modeling, terrain can be depicted in a variety of ways, including: hill profiles/physiographic illustration, hachures, contour lines, Tanaka contours, illuminated relief, hypsometric tinting, and Resolution Bumping. 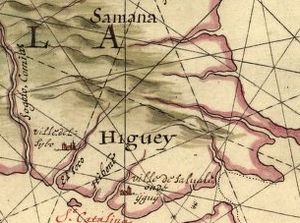 From a 1639 map of Hispaniola by Joan Vinckenboons, showing the use of hill profiles

Pioneered by Hungarian-American cartographer Erwin Raisz, this technique uses generalized texture to imitate landform shapes over a large area. The textures or symbols are derived from oblique views of actual landforms and were originally inspired by geologic block diagrams.

Physiographic illustration is best for depicting landforms and relative ruggedness on small-scale maps. It is easily interpreted by map readers with little cartographic knowledge. One shortcoming is that it does not convey altitude or elevation, and so is often combined with hypsometric tint to convey elevation information.

Because the work of illustration relies on the cartographer's drawing ability as well as geographic knowledge, physiographic illustration is often idiosyncratic to its creator.

The most ancient form of physiographic illustration in cartography, hill profiles, are simply illustrations of mountains and hills in profile, placed as appropriate on generally small-scale (broad area of coverage) maps. They are seldom used today except as part of an "antique" styling and have proven difficult to reproduce digitally.

One classic example of physiographic illustration is J.R.R. Tolkien's original map of Middle Earth. You can view an interactive, scalable version here. 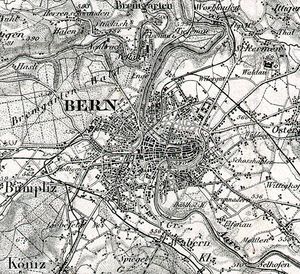 Hachures are also an older mode of representing relief. They are a form of shading, although different from the one used in shaded maps. Hachures consist of parallel lines drawn to show the orientation of slope, and by their thickness and overall density, they provide a general sense of steepness. The direction of the lines, or the aspect direction, can be clarified using unidirectional arrows to clarify the differentiation between confusing hachures [1]. Being non-numeric, they are less useful to a scientific survey than contours, but can successfully communicate quite specific shapes of terrain.

Hachure representation of relief was standardized by the Austrian topographer Johann Georg Lehmann in 1799. There were two types of hachures typically used in manual cartography: slope hachures, wherein hachure width is proportional to slope steepness; and shadow hachures, which incorporate the effects of a hypothetical oblique light source, so that hachure width is determined by whether a hachure is illuminated or in shadow [2].

Several notable cartographers have used the hachure method in their map making including Eduard Imhof, Patrick Kennelly and Jon Kimerling, and many others [3]. Although many people view hachures as being outdated, some people such as Imhof suggested the contrary. "Hachures alone, without contours, are more capable of depicting the terrain than is [relief] shading alone. Hachures also possess their own special, attractive graphic style. They have a more abstract effect than [relief] shading, and perhaps for this reason are more expressive" [4]. 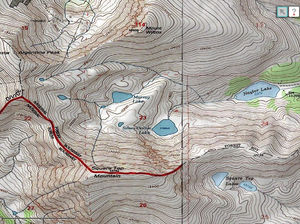 Contour lines (or isohypses) are isolines showing equal elevation. This is the most common way of numerically showing elevation, and is familiar from topographic maps. They are valuable because they help map readers measure how steep a slope is.

Most 18th and early 19th century national surveys did not record relief across the entire area of coverage, calculating only spot elevations at survey points. The United States Geological Survey (USGS) topographical survey maps included contour representation of relief, and so maps that show relief, especially with an exact representation of elevation, came to be called topographic maps (or "topo" maps) in the United States, and the usage has spread internationally. 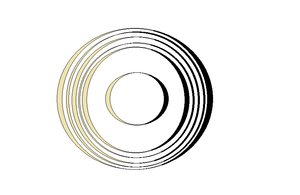 The most common criticism of this method is its terrace appearance. Tanaka takes into account the aspect and illumination but not the slope, thus causing a 2.5D production [6].

Illuminated relief is using light to create shadows to form the appearance of a three-dimensional surface. Like a painter painting a picture, they always create a light source. The light source helps the painter add more detail to the painting. In a map, the light sources help the higher elevations stand out. There are many different types of illumination. Most have to do with the angles at which the light source is theoretically hitting the map.

A lot of large maps contain area or topography that is poorly defined. This problem can be fixed by including varying illuminations. When applied skillfully localized adjustments to the illumination go unnoticed by map readers; because variation in shadow pattern difficult to detect. Illumination Discussion 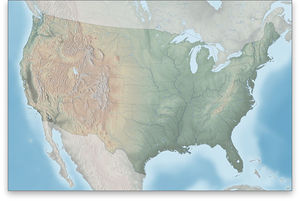 When using hypsometric tinting the most popular scheme to use is dark greens at low values, progressing through yellows and ochers, to browns and then grays and white at the highest values. Most maps trying to convey elevation use this technique with the low elevations coming from dark green to high elevations with reds and whites. The reasoning behind this is that cool colors appear to recede and look farther away, whereas warmer colors appear to be closer or popping out of a page. However, this popular coloring scheme can lead to confusion for people who are not familiar with how this color scheme works. For example, someone may see the red on the tips of mountains and think it is a hot desert, or they may see green in a low elevation desert and think that it is a lush green forest. Therefore, it is important to remember who will be using the map and what the goals are for the map when choosing a color scheme.[13]

Plan oblique is similar to physiographic illustration in that the imagery is rendered at an oblique angle, giving it a 3D appearance.[14] It retains both characteristics of relief maps and 3D perspective maps, and is presented on a "flat" plane, or map.[15] Plan oblique is commonly used on reference maps and tourism maps because the 3D appearance helps give the user a real-life reference and vision of the terrain. There are many advantages to using plan oblique relief, such as: retains geographic shape, preserves distances and angles, easy to gauge altitude, easy to read the map by sections, and has a wide focus. [16]

The portrayal of relief is especially important in mountainous regions. The Commission on Mountain Cartography of the International Cartographic Association is the best-known forum for discussion of theory and techniques for mapping these regions.