From wiki.gis.com
Jump to: navigation, search
For other uses, see Chart (disambiguation). 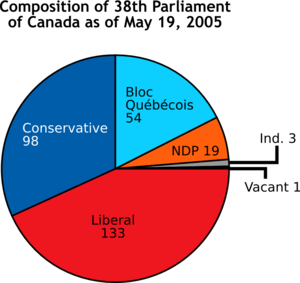 A chart is a visual representation of data, in which the data are represented by symbols such as bars in a bar chart or lines in a line chart.[1] A chart can represent tabular numeric data, functions or some kinds of qualitative structures.

The term "chart" as a visual representation of data has multiple meanings.

Charts are often used to ease understanding of large quantities of data and the relationships between parts of the data. Charts can usually be read more quickly than the raw data that they are produced from. They are used in a wide variety of fields, and can be created by hand (often on graph paper) or by computer using a charting application. Certain types of charts are more useful for presenting a given data set than others. For example, data that presents percentages in different groups (such as "satisfied, not satisfied, unsure") are often displayed in a pie chart, but may be more easily understood when presented in a horizontal bar chart[citation needed]. On the other hand, data that represents numbers that change over a period of time (such as "annual revenue from 1990 to 2000") might be best shown as a line chart.

Features of a chart

A chart can take a large variety of forms, however there are common features that provide the chart with its ability to extract meaning from data.

Typically a chart is graphical, containing very little text, since humans are generally able to infer meaning from pictures quicker than from text. One of the more important uses of text in a graph is in the title. A graph's title usually appears above the main graphic and provides a succinct description of what the data in the graph refers to.

Dimensions in the data are often displayed on axes. If a horizontal and a vertical axis are used, they are usually referred to as the x-axis and y-axis respectively. Each axis will have a scale, denoted by periodic graduations and usually accompanied by numerical or categorical indications. Each axis will typically also have a label displayed outside or beside it, briefly describing the dimension represented. If the scale is numerical, the label will often be suffixed with the unit of that scale in parentheses. For example, "Distance travelled (m)" is a typical x-axis label and would mean that the distance travelled in metres is related to the horizontal position of the data.

Within the graph a grid of lines may appear to aid in the visual alignment of data. The grid can be enhanced by visually emphasizing the lines at regular or significant graduations. The emphasized lines are then called major grid lines and the rest of the grid lines are minor grid lines.

The data of a chart can appear in all manner of formats, with or without individual labels. It may appear as dots or shapes, connected or unconnected, and in any combination of colors and patterns. Inferences or points of interest can be overlayed directly on the graph to further aid information extraction.

Four of the most common charts are:

Other common charts are:

Examples of less common charts are:

Some types of charts have specific uses in a certain field

This kind of charts [3] are the main Chartists tools to forecast price movements by identifying patterns, this activity is known as Technical analysis.

Some of the more well known named charts are:

Some specific charts have become well known by effectively explaining a phenomenon or idea.

There are dozens of other types of charts. Here are some of them: