Geographic Information Systems (GIS) has become a particularly useful and important tool in hydrology and to hydrologists in the scientific study and management of water resources. Climate change and greater demands on water resources require a more knowledgeable disposition of arguably one of our most vital resources. As every hydrologist knows, water is constantly in motion. Because water in its occurrence varies spatially and temporally throughout the hydrologic cycle, its study using GIS is especially practical. GIS systems previously were mostly static in their geospatial representation of hydrologic features. Today, GIS platforms have become increasingly dynamic, narrowing the gap between historical data and current hydrologic reality.

The elementary water cycle has inputs equal to outputs plus or minus change in storage. Hydrologists make use of a hydrologic budget when they study a watershed. A watershed is a spatial area, and the occurrence of water throughout its space varies by time. In the hydrologic budget are inputs such as precipitation, surface flows in, and groundwater flows in. Outputs are evapotranspiration, infiltration, surface runoff, and surface/groundwater flows out. All of these quantities, including storage, can be measured or estimated, and their characteristics can be graphically displayed in GIS and studied.

As a subset of hydrology, hydrogeology is concerned with the occurrence, distribution, and movement of groundwater. Moreover, hydrogeology is concerned with the manner in which groundwater is stored and its availability for use. The characteristics of groundwater can readily be input into GIS for further study and management of water resources. Because 98% of the world’s available freshwater is groundwater, the need to keep a closer eye on its disposition is readily apparent. 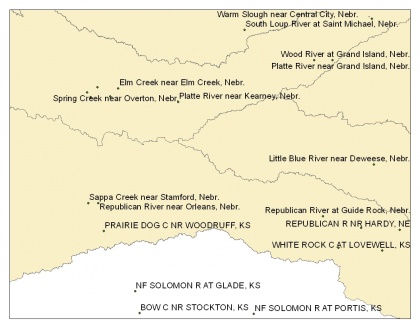 It is possible to access historical and real time streamflow data via the Internet. Embedded within a GIS are layers with stream locations and gage or measuring/monitoring sites. It’s also possible to link radio transmitted and remotely sensed (Remote sensing) data in GIS. Historical and real time data are available from the United States Geological Survey (USGS) in the form of gage height and streamflow or discharge in cubic feet per second. Within a GIS, it’s possible to direct link via the Internet to real time data. Other sources of data for flood information and water quality come from the National Weather Service (NWS) and United States Environmental Protection Agency (EPA). All these data are available for analysis within GIS, providing a spatial representation of what would otherwise be data in a table type format.

GIS is much more capable of displaying data spatially than temporally. Within one GIS, ESRI’s ArcGIS for example, is it possible to delineate a watershed. Digital Elevation Model (DEM) data are layered with hydrographic data so that the boundaries of a watershed may be determined. Watershed delineation aids the hydrologist or water resource manager in understanding where runoff from precipitation or snowmelt will eventually drain. In the case of snowmelt, snowpack coverage may be determined from ground stations or remotely sensed observers and input into GIS to determine or predict how much water can be counted on to be available for use by cities, agriculture, and environmental habitat. 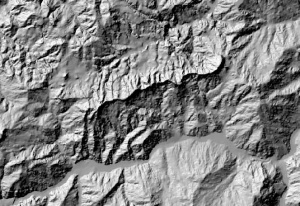 Another useful application for GIS regards precipitation, but other hydrologic data (evapotranspiration, infiltration, and groundwater) may be treated similarly. Precipitation is an area event measured using data from point locations. The difficulty in using point data lies in extrapolating these point measurements to areas. One useful method to extrapolate data is to construct Thiessen polygons which assess the distance and geometry of points in a plane and determines representative areas for which to assign precipitation values. GIS applications like ArcGIS are capable of constructing Thiessen polygons, and other methods of determining area precipitation are viable with GIS as well.

A step up in complexity from manual analysis of select spatially depicted hydrologic data is to display a representative version of hydrologic reality and perhaps merge it with a numerical or other model which might predict what might happen say x amount of rainfall occurs or to forecast, for example, runoff following the passage of an approaching weather system. One such method to do this would be to connect a GIS data model with a simulation model. The GIS data model has all the relevant surface water features with attributes that describe historical or current hydrologic data. The data model structures all the pertinent data to arrive at a representative depiction of hydrologic reality for display and analysis. One data model which does this is Arc Hydro, created cooperatively by ESRI and the Center for Research in Water Resources (CRWR) at the University of Texas at Austin to work within ESRI’s ArcGIS. It is important to understand the data model does not predict as this is the function of the simulation model that Arc Hydro might feed. The simulation model is very complex and beyond the scope of this article.

As mentioned earlier, 98% of the available freshwater (negating polar and glacial ice) for human and environmental uses is in groundwater. In the United States, about ¼ of the water used for personal, commercial/industrial, and irrigation uses comes from groundwater. With increasing demands placed on surface water resources, it is likely the demand for groundwater will increase. In some places, this resource has already been severely tapped, and even mismanaged. An example here is the surface water decline in the Republican River watershed of Nebraska and Kansas where over-pumping of groundwater for irrigation in Nebraska has depleted surface water available for downstream flow and use in Kansas resulting in a lawsuit by that state against the state of Nebraska. Although not as apparent as surface water flow, groundwater can also be characterized spatially in a GIS and analyzed by scientists and natural resource managers.

It can be argued that the depiction of groundwater is an even more complex task than that of surface water. The two resources are by no means disjoint, as knowing where surface water recharges groundwater and where groundwater flows supply surface water is an important aspect of the hydrologic cycle. Hydrogeology is especially well suited to utilize GIS. Groundwater moves much more slowly than surface water, on the order of less than a meter per day up to perhaps a hundred meters per day, and is 3-dimensional in flow. In contrast, surface water flows much faster and is more 2-dimensional. Groundwater flow is a function of geology and “head,” the total potential energy at a location. Groundwater flows from higher head to lower head at a travel rate and flow path dictated by geology. Head values, geology, groundwater flow direction, even water table height and location of aquifers are among the quantities which may be presented spatially in GIS and used for analysis, management of water availability and water quality, and land use practices.

A very large amount of data from wells is available such as location, depth to water, stratigraphy, water quality and chemistry, aquifer characteristics, and the list goes on. The volume of data can be managed in a GIS and manipulated to display spatial characteristics for analysis and water resource planning. For example, in a simple application of GIS, the effect of a new well can be studied on the existing groundwater and surface water. The results of such a study can be used by decision makers to determine whether or not to proceed with drilling. 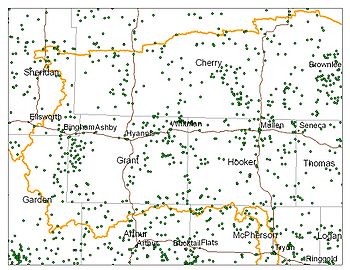 An especially useful application of GIS concerns water quality in groundwater. For construction/situating of industrial plants, landfills, agricultural activities, and other potential groundwater contamination sources, it is useful to know how existing groundwater supplies could be affected or would be at risk of impact. Further, in the case of groundwater contamination and the need for subsequent containment and cleanup of the contaminant, an existing framework of the groundwater system would be valuable in planning remediation measures. This GIS could be the front end to a groundwater modeling simulation devised to fully capture the contaminant. An additional example concerning the use of GIS addresses a common problem associated with groundwater pumping and land subsidence or intrusion in coastal areas. Areas that have been overpumped of groundwater can subside, and when near the sea, this may invite flooding. Also, overpumping of groundwater in coastal regions may bring a different problem, such as the case in California where salt-water intrusion has compromised the aquifer. Generally, a salt water interface inland of the coast extends below the land surface dependent on the distance from the coast. Overpumping can bring the salt water interface to a higher position and contaminate an aquifer. A careful study and management of groundwater within GIS or with modeled GIS data can forestall or alleviate these problems.