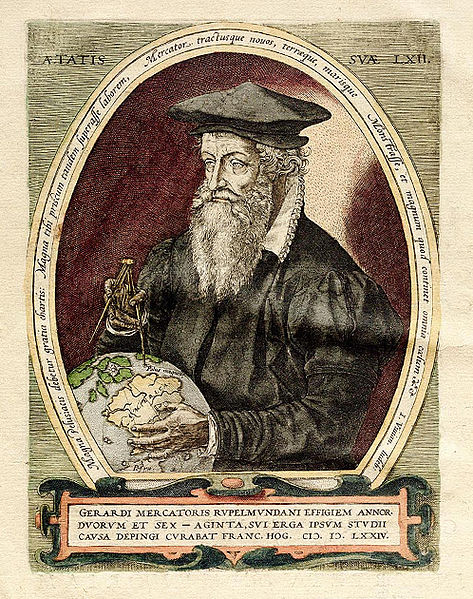 Gerardus Mercator (March 5, 1512 – December 2, 1594) was a Flemish cartographer that made significant contributions to the art of map making and the field of cartography. As a noted mathemetician, craftsman, printer, and a skilled engraver of brass plates used in printing, he combined these skills to produce maps, and independently created innovative maps and charts of the world.

Mercator is most notorious for creating the Mercator world map projection, however he is also credited with coining the term atlas to describe a collection of maps. In 1570, Mercator encouraged Abraham Ortelius to compile the first modern world atlas, Theatrum Orbis Terrarum, and eventually produced his own world atlas.

Mercator was also a skilled globe maker, and innovated processes that advanced the art of globe-making at the time.