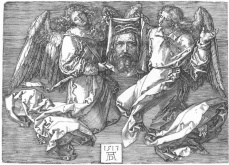 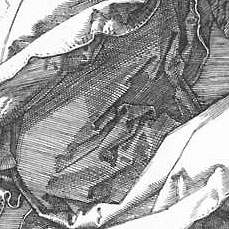 Hatching (hachure in French) is an artistic technique used to create tonal or shading effects by drawing (or painting or scribing) closely spaced parallel lines. (It is also used in monochromatic heraldic representations to indicate what the tincture of a "full-colour" emblazon would be.) When lines are placed at an angle to one another, it is called cross-hatching.

Hatching is especially important in essentially linear media, such as drawing, and many forms of printmaking, such as engraving, etching and woodcut. In Western art, cross-hatching developed in the Middle Ages, especially in the old master prints of the fifteenth century. Master ES and Martin Schongauer in engraving and Erhard Reuwich and Michael Wolgemut in woodcut were pioneers, and Albrecht Dürer perfected the techniques in both media.

Artists use the technique, varying the length, angle, closeness and other qualities of the lines, most commonly in drawing, linear painting, engraving, and ethnic art.

An area of shading next to another area which has lines going in another direction is often used to create contrast.

Line work can be used to represent colours, typically by using the same type of hatch to represent particular tones. For example, red might be made up of lightly spaced lines, whereas green could be made of two layers of perpendicular dense lines, resulting in a realistic image.