Map title is an element in a Map layout that describes the theme or subject of a map. The map title should instantly give the viewer a good idea of what the map is depicting. [1] The title of the map should depict applicable information for the intended audience, depending on how well they know the subject before viewing the map. A good title should also give the audience an idea of the "What? Where? and When?" of the map. [2] 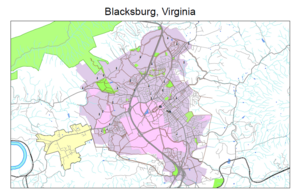 A classic example of a map title. 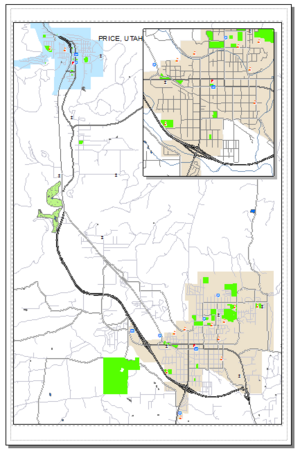 This is an example of poor map title placement and design. The title font is too small and the title is placed in an inappropriate space, so the title fails to draw the eye of the map user. A proper map title should be immediately recognizable; the map user should not have to search for it.

There are three things to consider with titles: content, placement, and design.