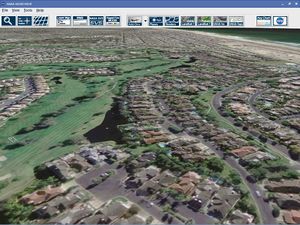 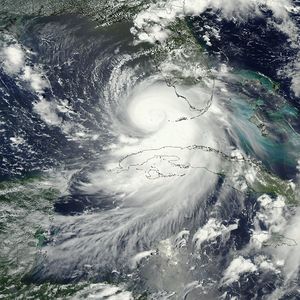 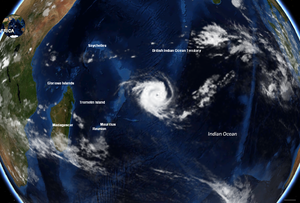 A cyclone moving across the Indian Ocean (on normal cloud cover - not Rapid Fire MODIS). 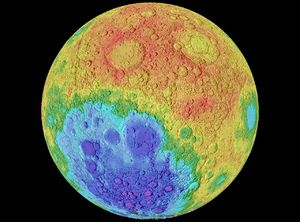 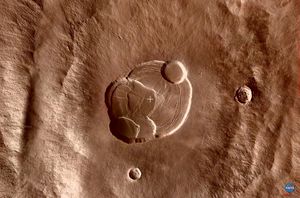 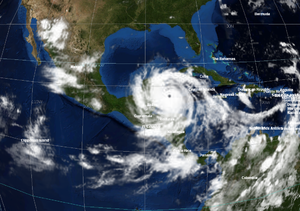 World Wind is a free,[1] open source virtual globe developed by NASA and the open source community for use on personal computers running Microsoft Windows. The program overlays NASA and USGS satellite imagery, aerial photography, topographic maps and publicly available GIS data on 3D models of the Earth and other planets.

World Wind was released for the first time in 2004 by NASA. The latest version (1.4) developed mainly by open source community members from World Wind Central/Free Earth Foundation had its premiere on February 14, 2007.

Apart from the Earth there are several worlds in World Wind: Moon, Mars, Venus, Jupiter (with the four Galilean moons of Io, Ganymede, Europa and Callisto) and SDSS (imagery of stars and galactics). All these worlds are available in the File menu.

Users interact with the selected planet by rotating it, tilting the view, and zooming in and out. Five million placenames, political boundaries, latitude/longitude lines, and other location criteria can be displayed. World Wind provides the ability to browse maps and geospatial data on the internet using the OGC's WMS servers (version 1.4 also uses WFS for downloading placenames), import ESRI shapefiles and kml/kmz files. This is an example of how World Wind allows anyone to deliver their data.

Other features of World Wind include support for .X (DirectX 3D polygon mesh) models and advanced visual effects such as atmospheric scattering or sun shading.

World Wind uses digital elevation model (DEM) data collected by NASA's Shuttle Radar Topography Mission. This means one can view topographic features such as the Grand Canyon or Mount Everest in three dimensions. In addition, WW has bathymetry data which allows users to see ocean features, such as trenches and ridges, in 3D.

Many people using the applications are adding their own data and making them available through various sources, such as the World Wind Central or blogs mentioned in the link section below.

All images and movies created with World Wind using Blue Marble, Landsat, or USGS public domain data can be freely modified, re-distributed, and used on web sites, even for commercial purposes.

World Wind can be expanded by using one of many add-ons - small extensions that add new functionality to the program.
Possible types of add-ons:

Plugins are small programs written in C#, VB or J# which are loaded and compiled by World Wind at startup. Plug-in developers can add features to World Wind without changing the program's source code.

The original recipe for World Wind was restricted to Windows, relying on the .NET libraries and DirectX. A new SDK version of World Wind has been developed in Java with JOGL referred to as World Wind Java. This new version has an API-centric architecture with functionalities 'off-loaded' to modular components, leaving the API at the core. This makes World Wind itself a plugin so that it can be used as interchangeably as possible (i.e. via Python). This refactoring exercise allows World Wind to be accessed via a browser as a Java Applet. A preview of the World Wind Java SDK[3] was released on May 11, 2007 during Sun Microsystem's annual JavaOne conference.

Low resolution Blue Marble datasets are included with the initial download; as a user zooms in to certain areas, additional high resolution data is downloaded from the NASA servers. The size of all currently available data sets is about 4.6 terabytes.