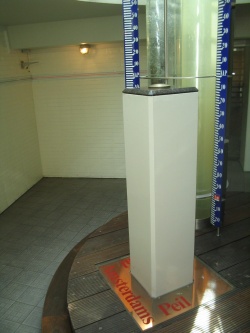 Normaal Amsterdams Peil (NAP) or Amsterdam Ordnance Datum is a vertical datum in use in large parts of Western Europe. Originally created for use in The Netherlands, it was adopted by Prussia in 1879 under the name Normalnull, and in 1955 by other European countries.

Currently NAP is close to mean sea level at the Dutch coast.