Postcodes in the United Kingdom

UK postcodes are generally geographical, meaning they pinpoint a location or define an area.

For this reason they are commonly used to geocode datasets or as input for proximity searches.

The postcode consists of two parts, usually separated by a space:

Both parts are geographical: The outcode defines an area and, when combined with the incode, a subset of that area.

Further geographical sub-divisions are available beyond just outcode and incode.

Each division defines an ever-smaller geographical area within the division above.

The below graphic shows these areas on a map: 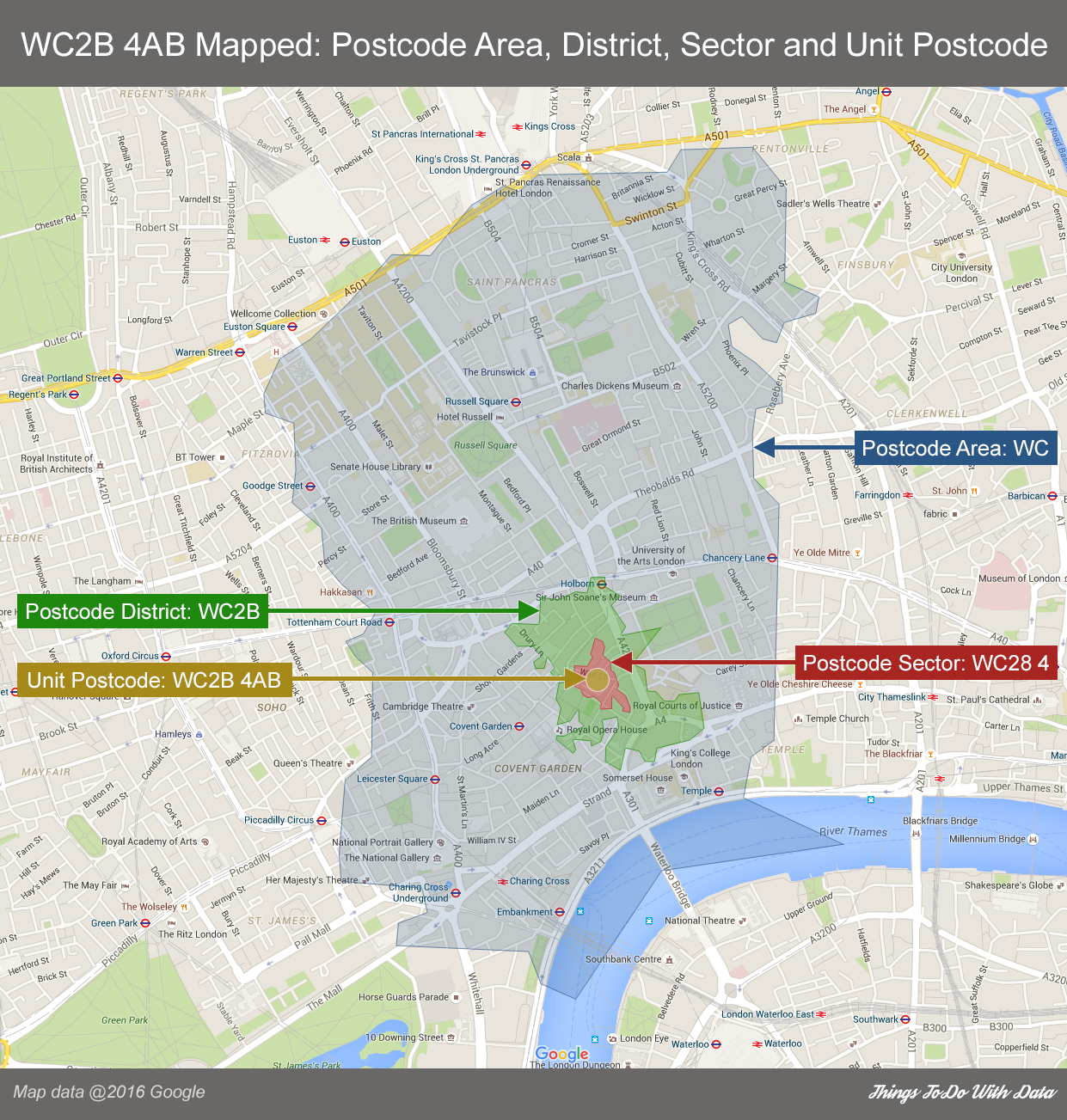 Given a postcode, it is possible to derive each of the subdivisions.

The below graphic shows the how they are represented within the format of the postcode:

You can use a regular expression to parse the postcode into its component parts:

This matches, in order:

You can see a demo of this on regex101

You can also use a dataset like Open Postcode Geo which is available as flat file or API.

Geocoding data for UK postcodes is mainly open, although there are restrictions for Northern Ireland postcodes.