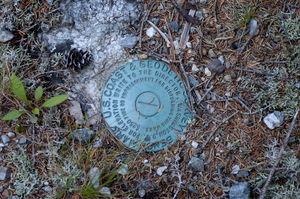 Survey marker at peak of Isle of Springs, Maine

National Geodetic Survey (NGS) defines and manages a national coordinate system, providing the foundation for transportation and communication; mapping and charting; and a multitude of scientific and engineering applications.

The National Geodetic Survey and the Office of Coast Survey are the two predecessor agencies in the United States to the U.S. Coast and Geodetic Survey. It was first established by President Thomas Jefferson in 1807 as the Survey of the Coast.[1] Progress moved ahead slowly and haltingly during the first 25 years. Not until August 29, 1811 did Mr. F. R. Hassler sail for Europe to obtain the proper instruments. He remained in Europe during the War of 1812, then he returned to the United States on August 16, 1815 with the proper instruments.

Mr. Hassler's plans were to employ triangulation to establish his system. Work began in the vicinity of New York City in 1816. The first base line was measured and verified in 1817. A new Act of Congress interfered with the work of Mr. Hassler in 1818. The army and navy were placed at the forefront of the Survey which generated a lull in activity which lasted from 1818 to 1832. Little work was produced until another Act of Congress was passed on July 10, 1832. It re-empowered the original Act of 1807. Mr. Hassler was re-appointed as the superintendent, and field work was resumed in April, 1833.

The Coast survey was without a superintendent during the 14 years from 1818 to 1832 when the army was the primary authority. The Navy Department was given the control of the survey from 1834 to 1836, but the Treasury department resumed the administration of the survey on March 26, 1836. Hassler died in 1843.[2] 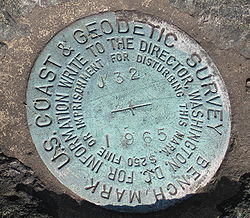 Professor Alexander Dallas Bache became superintendent of the Survey in 1843. Earlier in his life, he had established the first magnetic observatory. During his years as superintendent, he expanded the Survey southward along the Atlantic coast into the Florida Keys. He instituted regular and systematic observations of the tides and the Gulf Stream, and investigated magnetic forces and directions.[3]

As the American continent was progressively explored, inhabited and enclosed, the bureau took responsibility for survey of the interior. In 1878 it reorganized as the Coast and Geodetic Survey (C&GS). Since 1970, the National Geodetic Survey has been part of the National Oceanic and Atmospheric Administration (NOAA) within the United States Department of Commerce.[4]

During the nineteenth century, the remit of the Survey was rather loosely drawn and it had no competitors in federally funded scientific research. Various Superintendents developed its work in fields as diverse as astronomy, cartography, meteorology, geodesy, geology, geophysics, hydrography, navigation, oceanography, exploration, pilotage, tides and topography.

From 1836 until the establishment of the National Bureau of Standards in 1901, the Survey was responsible for weights and measures throughout the US. 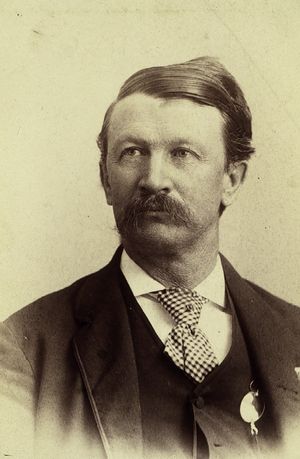 Frank Manly Thorn served as 6th Superintendent of the Coast and Geodetic Survey (USC&GS). He was the first non-scientist to head USC&GS. 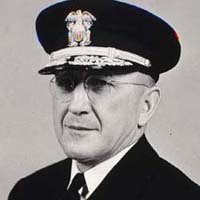 The Coast and Geodetic Survey was authorized its own flag on January 16, 1899. The flag, which remained in use until the Survey became a part of NOAA in 1970, was blue, with a central white circle and a red triangle centered within the circle. It was intended to symbolize the triangulation method used in surveying. The flag was flown by ships in commission with the Coast and Geodetic Survey.

The NOAA service flag, in use today, was adapted from the Coast and Geodetic Survey flag by adding the NOAA emblem—a circle divided into two parts by the white silhouette of a flying seabird, with the roughly triangular portion above the bird being dark blue and the portion below it a lighter blue—to the center of the old Survey flag. The NOAA symbol lies entirely within the red triangle.[5]

Ships of the Survey 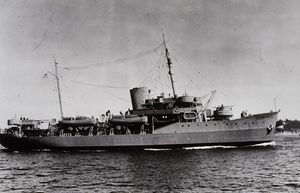 The USC&GS oceanographic research ship SS Pathfinder was re-commissionerd as a US Navy vessel during World War II.

Superintendents of Weights and Measures

Logo celebrating the 200th anniversary of the U.S. Coast and Geodetic Survey