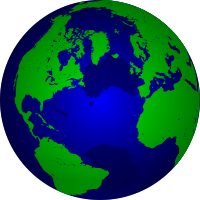 Level 0 provides worldwide coverage of geo-spatial data and is equivalent to a small scale (1:1,000,000). The data are offered either on CD-ROM or as direct download, as they have been moved to the public domain. Data are structured following the Vector Product Format (VPF) [1], compliant with standards MIL-V-89039 and MIL-STD 2407

The entire coverage has been divided into four data sets:

VMAP Level 1 is divided in 234 geographical tiles. Only 57 of them are currently (2006) available for download from NGA [2]. Among the available datasets, coverage can be found for parts of Costa Rica, Libya, United States, Mexico, Iraq, Russia, Panama, Colombia and Japan.

Debate about availability of data

But many countries consider mapping and cartography a state monopoly; for such countries, the VMAP Level1 data are kept out of the public domain. With the privatization of public agencies, some data are sold for a profit.

Further steps have been taken by the Free World Maps Foundation and others to have the data licensed under the GNU General Public License, while remaining copyrighted, as an alternative to the public domain. This is an ongoing debate (as of 2006).

The U.S. government has released the data into public domain, with the following conditions imposed (quotation from VMAP0 Copyright Statement):

With respect to any advertising, promoting or publicizing of this product, NIMA requires that you refrain from using the agency's name, seal, or initials.

Internal data reference to the CD-ROM being "LIMITED DISTRIBUTION" should be ignored.

However, all is not quite what it seems. There is a 'readme1.txt' file located in the v0eur, v0sas, and v0soa directories. This file contains information saying that layers: Boundaries Coverage and the Reference Library, are copyrighted to the Environmental Systems Research Institute.

If these copyrighted layers are not used there is no violation of any copyrights. 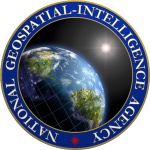 VMAP (level 0) is a slightly more detailed reiteration of the DCW.
VMAP (level 1) has much higher resolution data.